You are here: Home / Engaged / Why I Am Going Vegan 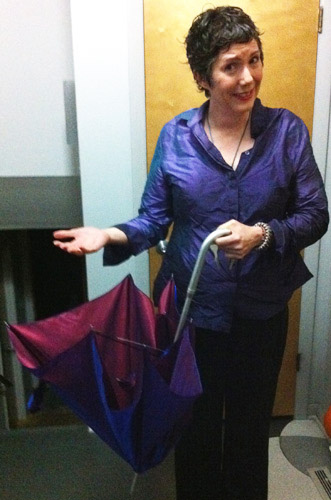 I am going vegan. Again. I tried in 2004, but didn’t know much about nutrition. I can and must make it this time. Several events converged to scare the eggs and dairy right out of me. [Update in December 2018: My Taster and I are happily celebrating our 7th veganniversary!]

I haven’t felt this jittery since I saw Alien and The Shining on the big screen, triggering a sleepless summer. But this time, the scary stories are real. I’m frightened and angry. Last week, Bill McKibben of 350.org spoke in Raleigh at a small church crowded with environmentalists. He described our planet as being so changed that it isn’t recognizable, so changed that it needs a new name. That’s why he calls his new book Eaarth.

Still shaken from Bill McKibben’s talk, I went to my first holiday party of the season, where a friend gave me a hard, hard time about writing another cookbook that included eggs and dairy. He’d gone vegan about 15 months ago after his fifth heart attack and was certain doing so had saved his life. Denny compared my choice to the one he’d faced recently: trade his red sports car to a father seeking a Christmas present for his daughter or stick with his old truck and know that he hadn’t contributed to a sixteen-year-old’s inevitable speeding and possibly serious injury or death. “I didn’t want to do something that I thought might kill somebody,” he said.

Denny and his wife were so convincing, so glowing with health, that I re-read The China Study this weekend. In its own way, it’s as shocking a tale of willed blindness and corporate corruption as Eaarth. It made me rethink the way we eat and made me shift the focus of my next book. 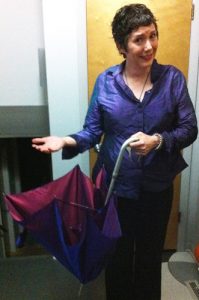 In case that wasn’t enough, I got a taste of Eaarth last night on the way to the first of two parties in downtown Raleigh. The rain had barely started when my Taster and I left the house, but was pounding down fifteen minutes later when we left the car two blocks from the first party of the night. The storm surged, nearly knocking me off my feet and drenching me with rain. My umbrella snapped inside out and broke; my Taster’s “storm-proof” umbrella met its match too. I literally ran for shelter around the corner of a skyscraper, then fought my way back to the car and drove home, too wet and shaken for either event. If I hadn’t been wearing sturdy shoes to baby my still-healing foot, I would surely have been blown to the pavement. Was this yet-another record-setting event of the sort that McKibben says should terrify us? Probably not, but it was to me: I worked downtown for eight years and had never before experienced such winds and rain.

Read on to get scared yourself … and to see how we can make a difference with our food choices.

In short, our planet is sprinting toward becoming uninhabitable and our standard American diet is making our very bodies uninhabitable, with our leaders ignoring or contributing to the well-documented situation. As Bill McKibben said, the CEO of Exxon would make an unbelievable Bond villain, one who wakes up every morning to change the very climate of the world for personal gain (bwha-ha-ha-ha!). Who could be evil on so large a scale?

What to do? Part of me wants to curl up under the couch and shiver. Part of me wants to jet down to a tropical island to snorkel among the coral reefs while they still exist. Yet another part thinks I should have some bacon cheesecake, because living to see the next phases may be downright unpleasant.

But instead, I’m going to drop the dairy, make my next book vegan, and continue working as energetically to slow global warming and promote health as long as I can. You may barely notice this on the Cook for Good site and in the recipes. I’ll still be cooking delectable dishes with affordable, seasonal, real food. There just won’t be any more eggs or dairy. You can mix these plant-based recipes in with your current favorites, vegan or not. I’ll be writing about how to convert some Cook for Good classics to this new way of cooking too.