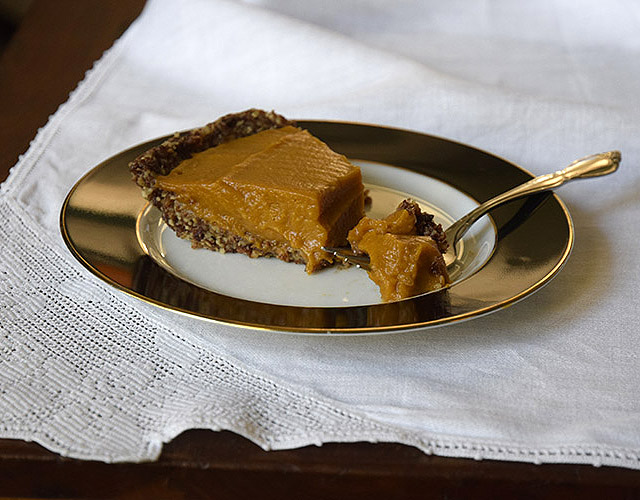 I’m thankful that after many attempts I have a deee-licious, no-bake vegan pumpkin pie that is homemade yet quick, creamy yet dairy free, and firm yet egg free. The easy gluten-free crust is as good as the filling. Because you cook only part of the filling, it sets up faster than most stove-top pies. It’s a bargain at only $1.30 a slice using organic ingredients. My friends Karen and Angelina gave it an enthusiastic Two Thumbs Up at a local-foods dinner last night. (Check out Angelina’s Kitchen in Pittsboro NC for farm-to-table fabulousness and community spirit.) 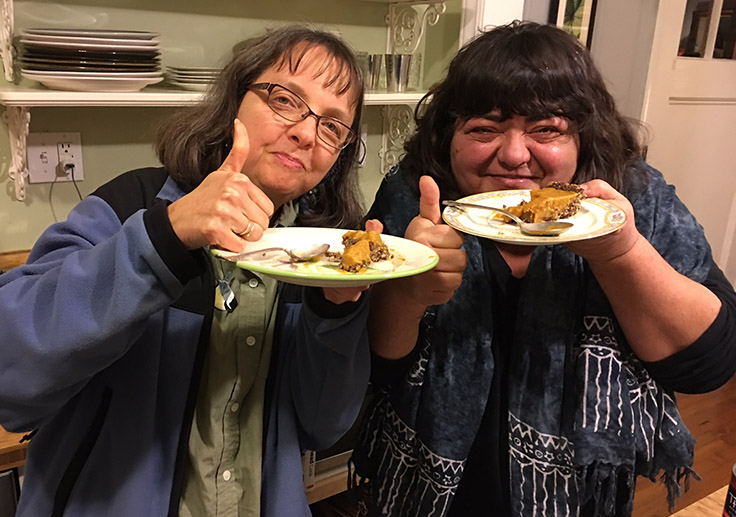 I call it New New World Pumpkin Pie for two reasons. First, the recipe is a modern twist on the traditional pumpkin pie I grew up with in what European explorers called the New World. Second, it includes agar agar, a plant-based alternative to gelatin.