You are here: Home / Engaged / Proposed Changes to Food Stamps. Who Wins? Who Loses? 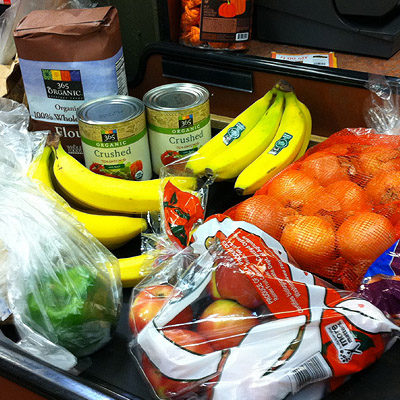 Like a reverse Robin Hood, the 2019 US federal budget wants to take money off the SNAP cards of people in need and give them a box of packaged American-made commodity food instead. (You may know the Supplemental Nutrition Assistance Program as food stamps.) These USDA Foods Packages will take millions of our tax dollars away from the poor and give the money to corporations. It will make children weaker to make the wealthy richer. The collateral damage will create more food desserts, more bankrupt small businesses, and more environmental damage. Learn who the winners and losers will be if SNAP support shows up in a box, as proposed in the Major Savings and Reforms section of the budget.

Households that get more than $90 of SNAP benefits a month would get “a portion” of that benefit as a:

USDA Foods package, which would include items such as shelf-stable milk, ready to eat cereals, pasta, peanut butter, beans and canned fruit, vegetables, and meat, poultry or fish.

This change would affect about 81% of households on SNAP. 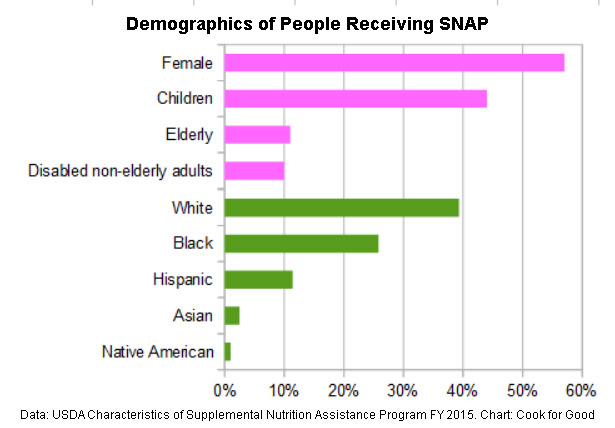 What about the rest? What can you buy with SNAP?

The rest of the benefit would go on their EBT cards, the credit-card-like Electronic Benefits Transfer cards. Currently, SNAP lets people buy food at authorized stores. The EBT cards can also be used to buy seeds and plants to grow food. They can’t be used for pet food, tobacco, alcohol, hot food, or food that will be eaten in the store.

The budget claims that:

This cost-effective approach will generate significant savings to taxpayers with no loss in food benefits to participants. It will also improve the nutritional value of the benefit provided and reduce the potential for EBT fraud. States will have substantial flexibility in designing the food box delivery system through existing infrastructure, partnerships, or commercial/retail delivery services.

In fact, implementing this proposal will create a huge loss in benefits by adding costs and decreasing the value of the food delivered. The ripple effects will wash over everyone, on SNAP or not. This proposal is a particularly brazen move in a continuing government strategy that shifts federal money and assets from the people to a select few so rich they can’t spend more money.

Who Wins? Who Loses?

SNAP currently nourishes people in tight situations so many of them can support themselves. Half of new SNAP recipients leave the program after nine months when they are back on their feet. Levels of misuse are very low, with an error rate of less than 4% of funds and only 1% being exchanged for cash.

Allowing personal choice when spending the benefit allows families to adapt to their family’s changing situations. It reduces crime, illness, and misery. It’s an efficient way to help people in need. We must resist this transfer of tax money to our wealthiest citizens at the expense of our most vulnerable ones.

Please contact your congressional representatives and ask them to reject the USDA Foods Package and to continue delivering SNAP benefits through EBT cards. Here is a formatted PDF of this post to print and share and another version with a comment box for you to fill out. 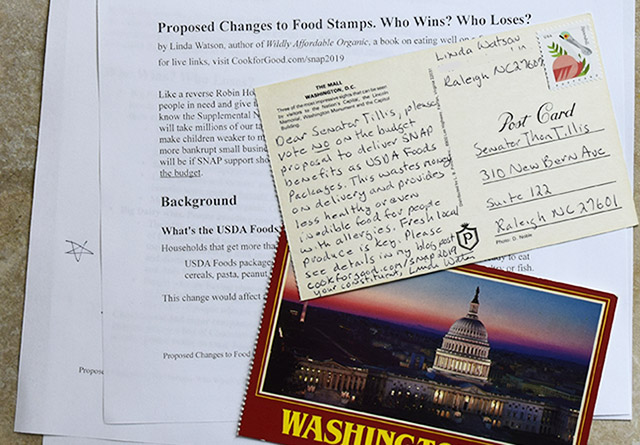