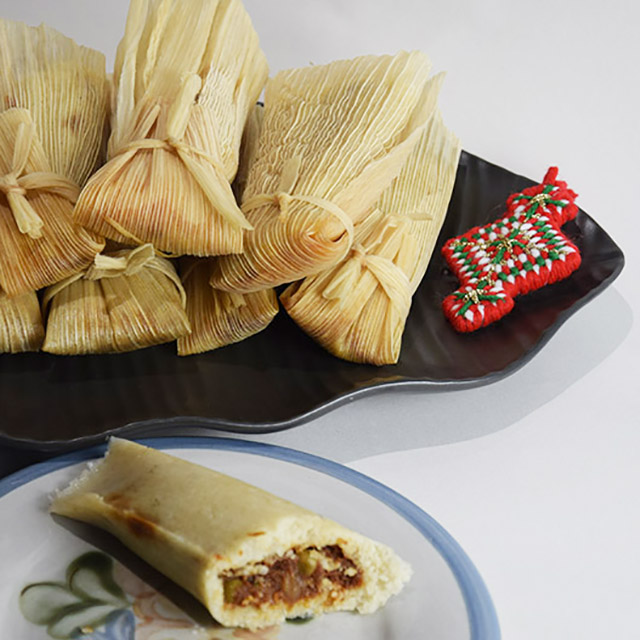 Making tamales is a Christmas Eve tradition among many Hispanic families and other folks in the Southwest. We adopted it after Dora Stone showed me how fun it is with her ebook, Vegan Tamales Unwrapped: A Step-by-Step Guide to Savory and Sweet Tamales. I love discovering delicious new holiday celebrations! Vegan Potato Adobo Tamales are a labor of love, but a bargain at only $1.07 each, using organic ingredients. Disclosure: I received a copy of her ebook for being on her blog tour, along with permission to share this recipe. 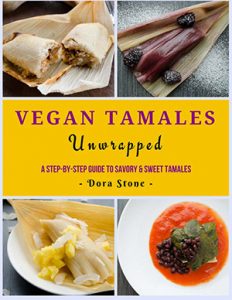 Vegan Potato Adobo Tamales hit the spot as party food, dinner, or breakfast. They make a splendid gift from the kitchen, too. When I packaged some up as a present for friends from Texas, they wrote:

We just finished eating your tamales and we couldn’t get enough! They were delicious! They were some of the best ones I’ve had! How are they vegan?? The texture was on point and seasoning superb!

Making this recipe is part cooking, part DYI craft project. Consider inviting family and friends over to help spread the corn batter on dried corn husks, spoon in the rich filling, and then roll up and tie the tamales like little presents. If you make them on your own, use the opportunity to meditate on gratitude and generosity. Even if you don’t want to go the whole tamale route, cook up the filling. It’s great in tacos, mini-tamale cups, or over rice.

Make-ahead or party tip: I make this recipe up through step 6, then drain the corn husks, refrigerate everything overnight, and finish the assembly and cooking the next day. 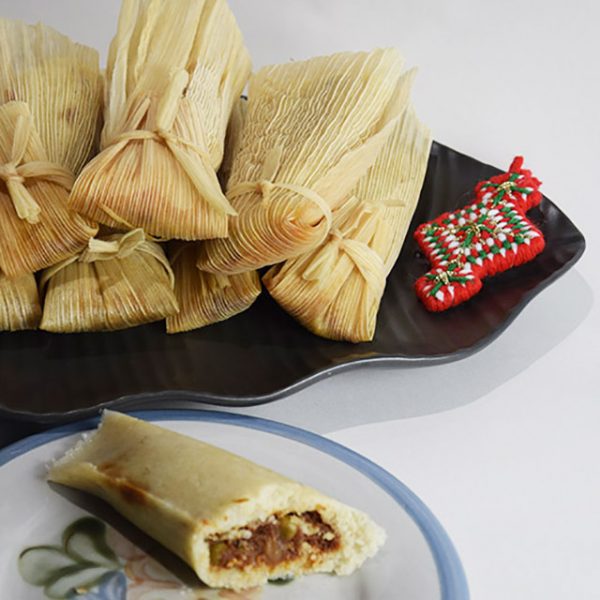