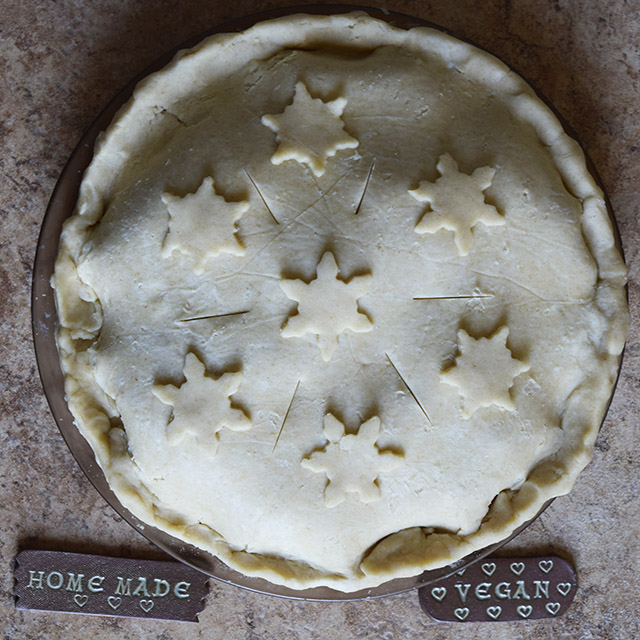 This vegan variation of my Sneaky Wheat Vegan Pie Crust from Wildly Affordable Organic uses a mix of shortening and vegan baking sticks in place of butter. It’s “sneaky” because you slip in just the right amount of white whole wheat flour to add nutrition without overwhelming the flavor. The result is buttery, flaky, and easy to handle. Use this vegan pie crust for fruit pies, savory pies, pasties, and hand pies. This recipe is plastic free, too.

Cold is key to dough you can handle and that bakes up flaky. If the dough gets too soft too handle, just refrigerate it for 10 minutes and try again.

If you haven’t ever made a pie crust before, just give it a try. It’s easy and rewarding if you keep things cool and take your time. Don’t be intimidated by the amazing pie images on Instagram. I salute those pie artists, but know any homemade pie will delight my Taster. 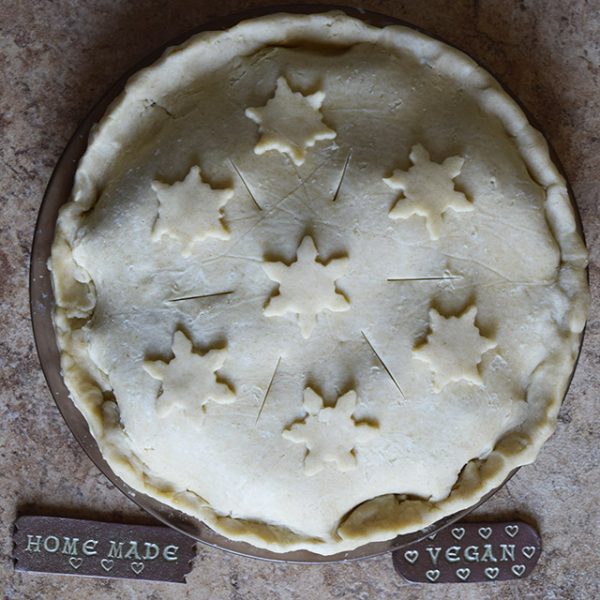 The nutrition label is for one-eighth of the recipe or one generous slice of a two-crusted pie. Nutritional information is for supporting members and donors. If you don't see it below, log in or join today! Log in to comment, too.