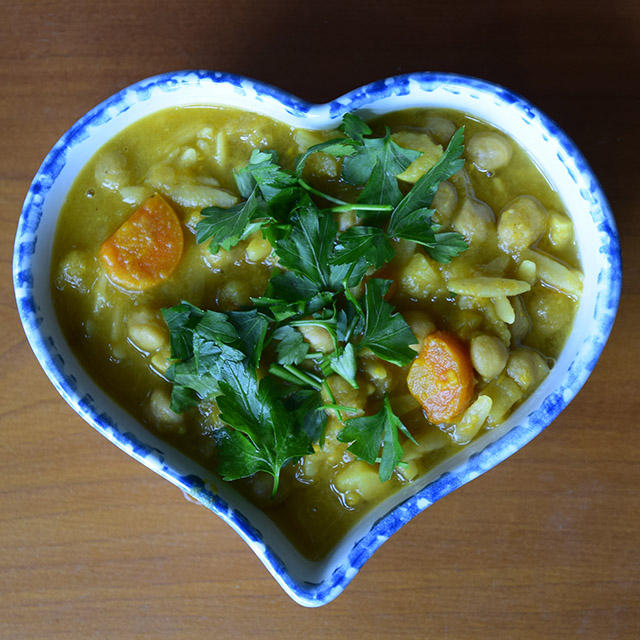 This vegan cold-busting soup makes its own fragrant broth from dried chickpeas and aromatic vegetables. Pile in more vegetables and turmeric for flavor and nutrition. Optional rice-shaped orzo noodles help it slide down the sorest of throats. This meal-in-a-bowl fills you up with less than a quarter teaspoon of olive oil per serving. Make Cold-Nix Soup quickly in an Instant Pot or see notes for cooking it in a slow cooker or the stove.

Whether or not you are sick or have to be near those who are, Cold-Nix Soup smells healing, tastes homey, and warms you up like a hug.

The Science Behind the Soup

If you already have a cold or worse, this soup might help you heal. The core recipe comes from a vegetable-rich, homemade chicken soup used in the much-referenced study Chicken Soup Inhibits Chemotaxis In Vitro. The study says:

As it is likely that the clinical similarity of the diverse infectious processes that can result in “colds” is due to a shared inflammatory response, an effect of chicken soup in mitigating inflammation could account for its attested benefits…. All of the vegetables present in the soup and the chicken individually had inhibitory activity, although only the chicken lacked cytotoxic activity. Interestingly, the complete soup also lacked cytotoxic activity. Commercial soups varied greatly in their inhibitory activity.

Could it be that homemade chicken soup without the chicken would be even more helpful in relieving cold symptoms? I think so! My vegan soup replaces chicken with chickpea to boost fiber and avoid triggering inflammation. Garlic, turmeric, and lemon add flavor and nutrition. 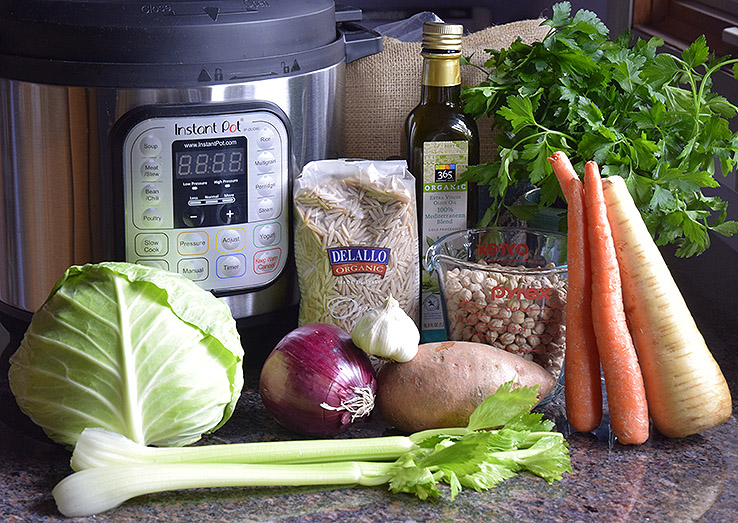 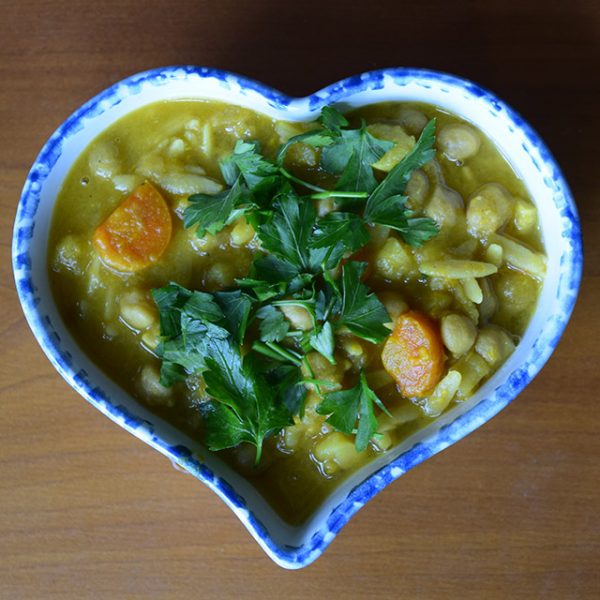