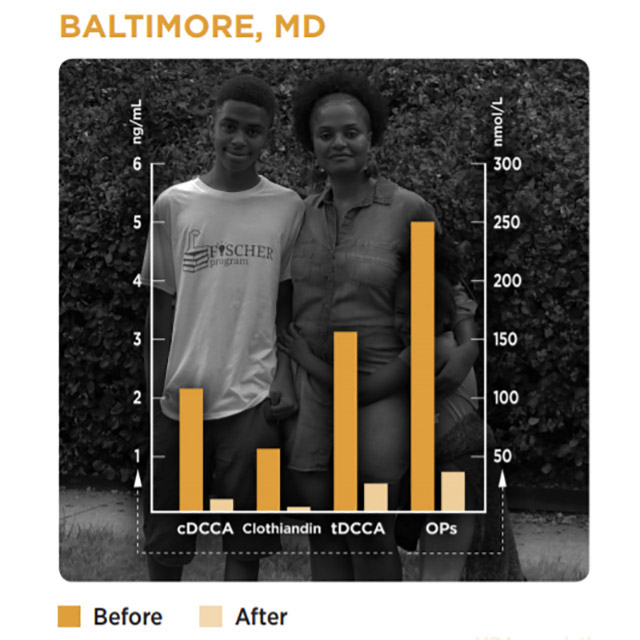 A new study by Friends of the Earth shows that eating organic food can drop the signs of toxic chemicals in your body by an average of over 60% in less than a week! As the researchers say, organic works!

The Organic for All study tested four racially and geographically diverse families who ate their normal diets for five days and then all-organic diets for six days. Family members saved samples of their first pee each morning. Scientists analyzed the urine for biomarkers of four main types of pesticides. Depending on the compound, the toxins in the urine dropped from 37 to 95%, as this chart from the report shows. 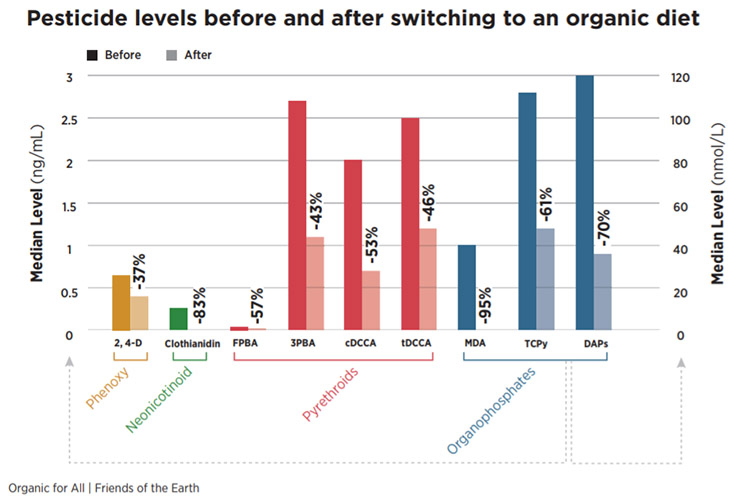 What are all of these chemicals? Here’s what was flushed from the families’ bodies, starting with the biggest changes:

Clearly paying a little more for organic food now can save a lot of misery in the future! You do not want these poisons coursing around in your body.

As the report says:

Schools, hospitals, and all government facilities should serve organic food. As a crucial first step, children and pregnant women should be protected from toxins in their food. Families should be able to purchase organic food no matter what their budget or location. Farm workers should not be poisoned as they work.

Because organic farming practices can lead to more jobs as well as a greener environment, I hope that the Green New Deal will support a shift toward organic food for all. Until that happens, please buy organic to protect your family. Adding to the demand for organic food will make it be more available and cost less.