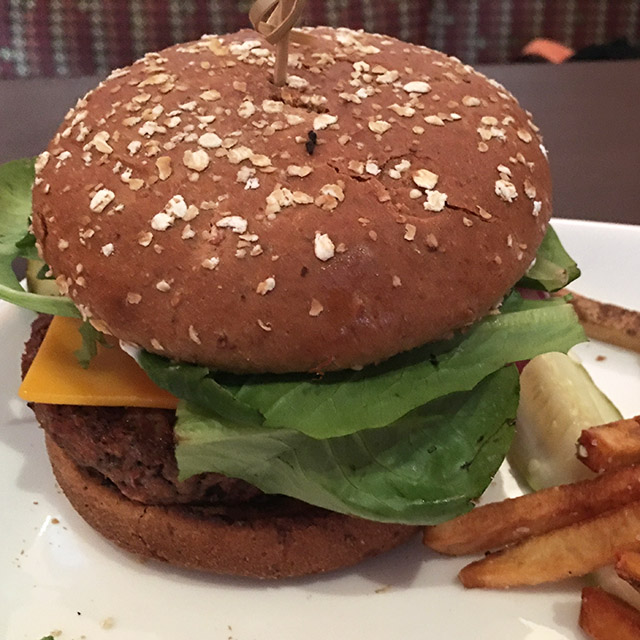 I tried my first Impossible Burger a few days ago. Verdict? It could pass as a regular beef hamburger. It’s a perfect choice if you want to blend in at a restaurant despite eating plant-based food. The Impossible Burger could be just the ticket if you are craving something familiar in a bun with your favorite condiments. It could also help your guests feel more comfortable with a plant-based menu.

The one I had seemed to be overcooked, so it didn’t have the juiciness shown in ads for the plant-based burger. Maybe the chef grills all burgers until brown all the way through. Still, it was at least as good as many beef burgers I’ve had in the past.

Right now, only restaurants carry Impossible Burgers, but they will be in grocery stores soon. Need something very beef-like for the grill this weekend? Try a Beyond Burger. Either one brings the advantages of eating plants instead of animals.

Have you tried one of these burgers? What did you think? Do you have other favorites? Let me know in the comments. Personally, I think I’ll stick with Sloppy Pintos.