You are here: Home / Save money / How to Save a Bitter Eggplant 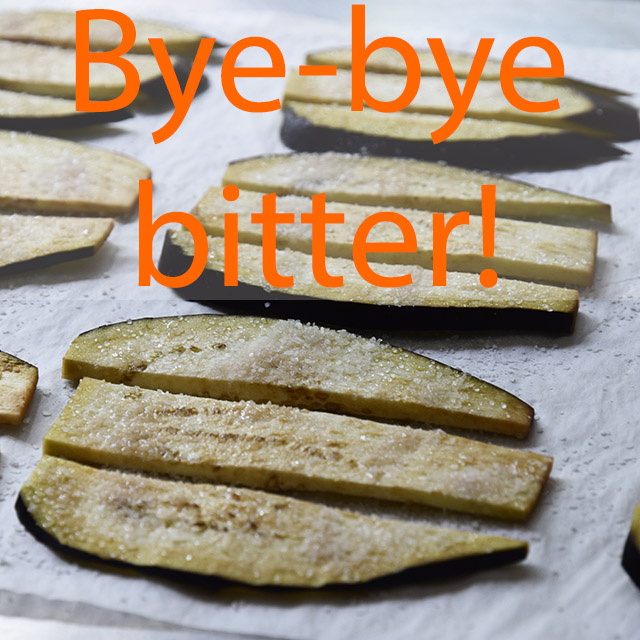 Don’t throw away bitter eggplants or keep them off the menu because they may be bitter.  Just draw out the bitterness: 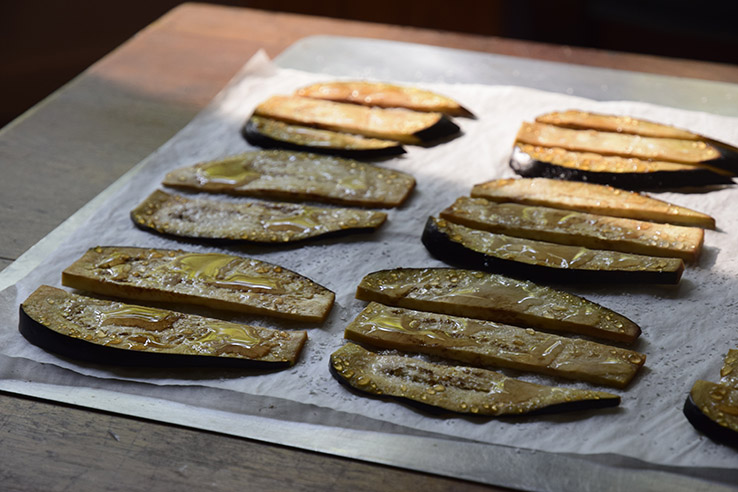 I’ve tried brushing the extra salt away with a kitchen towel, but too much salt remained.

Long, thin Asian eggplants tend to be less bitter than plump globe eggplants. Even most globe eggplants these days are fine, but I bought three small globe eggplants last week that bit back. I tossed out the first one I cooked but rescued the other two with this salting technique.