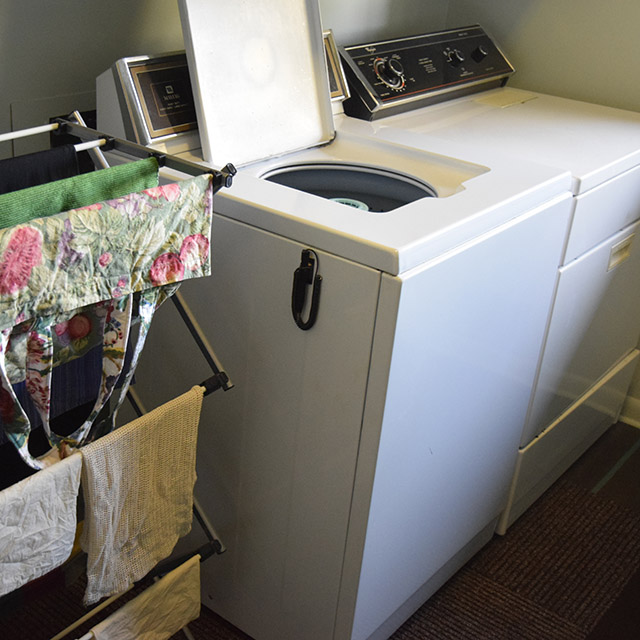 Should you replace your major appliances to save money and save the planet? Maybe. Read on for details and my examples. The answers aren’t as clear as they were in part 1 of this series, on small appliances and clothing.

What about Major Appliances?

Should you always try to repair rather than replace? It depends. You may save money as well as energy and water with a newer model. But often the most efficient models come with other enhancements that drive up the cost.  And because water is relatively cheap in some communities, the payoff may be so slow that you never actually save money. Check out my surprising calculations below.

New, efficient dishwashers can save a lot of water and energy. The EPA says:

Standard-size dishwashers that have earned the ENERGY STAR are on average 12 percent more energy efficient and 30 percent more water efficient than standard models.

Further, compared to washing dishes by hand, the EPA says an Energy Star model saves about $40 on energy, 230 hours, and 5,000 gallons of water every year.

Our dishwasher is almost 20 years old. SF Gate says the average life of a dishwasher is nine to ten years. My dear Taster replaced the electronics in the several years ago, but now the racks, hoses, and gaskets are giving up the ghost. The repairs pushed off a major purchase, about $650, for five years or so.

Let’s do the math:

Conclusion: keep the old machine for now, but watch for sales. I’d rather replace the dishwasher while it still works. There’s no such thing as a dish-o-mat to tide you over!

My beloved in-laws gave us a washer and dryer as house-warming presents when we moved back to Raleigh thirty years ago. The drying has been working like a champ the whole time. We’ve had the electronics-free washer repaired two or three times. A house call and parts usually runs around $125. A new clothes washer costs about $700. An Energy Star model would save about 2,000 gallons of water and between $40 and $50 a year in utility bills a year, according to the EPA and the City of Raleigh.

Each time, we ask the repairman if we should replace the washer with a newer model. So far, Andy has told us that our mechanical model is much sturdier and easier to repair than the new electronic ones.  (How Stuff Works says a modern clothes washer should last 11 years, but that’s probably for a family of four or more.) Andy also warns us that the Energy Star washers use less water but also get clothes less clean. He finds that people adapt by washing smaller loads, which negates the savings.

So let’s do the math again:

Conclusion: keep the old machine for now, but make sure to recycle it when it’s time to switch. A new dishwasher will save more than twice the amount of water. If we were cleaning for a larger family or lived in an area plagued by drought, we would upgrade the washer and dryer sooner.

Saving with the Machines We Have

We save water and energy even with our old appliances by running them only when full. For the clothes washer, we use cold water and the right amount of detergent. I often use a dryer rack for my clothes, too, and skip the dryer all together. We’ll sink our cash into an electric car rather than new machines for indoors.

On the other hand, if you can afford to replace your equipment with newer models, you will help to slow climate change and reduce water use. If your current washer is working, you may be able to sell or donate it rather than recycling, helping another family upgrade from an even less efficient or reliable machine. 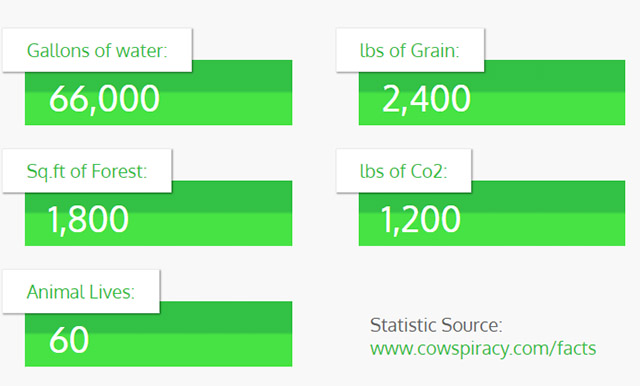 I was stunned to see that the savings you can achieve with food dwarf the savings from appliances. The chart above shows that by going vegan for two months a year, you’d save 66,000 gallons of water, the equivalent of replacing 33,000 washing machines or 13,200 dishwashers! I chose two months because that’s the equivalent of a year of Meatless Mondays and eight accidentally-vegan days. Even Mr. Steak N. Potatoes can do that! Find your own savings with the Vegan Calculator.

How can meat use up so much water? The calculations include the water used to grow the food the animals eat, the water they drink, and water all through the supply chain.

How does meat compare to beans? The Huffington Post reports that:

As the Water Footprint Network points out, the actual value for any given meal will vary greatly based on location, climate, and growing practices. But even if the these are just ballpark figures, wouldn’t you rather save over 600 gallons of water by having a bean burger instead of a beef burger? At least once a week?

What Do You Think?

Have you replaced your major appliances? What do you do to keep them in good shape and use them efficiently?  Did reading this post make you think differently about the water embedded in your food? Please share your experiences by logging in and commenting below.