You are here: Home / Save money / 2017 Cyber Monday Sale on Kitchen Electronics 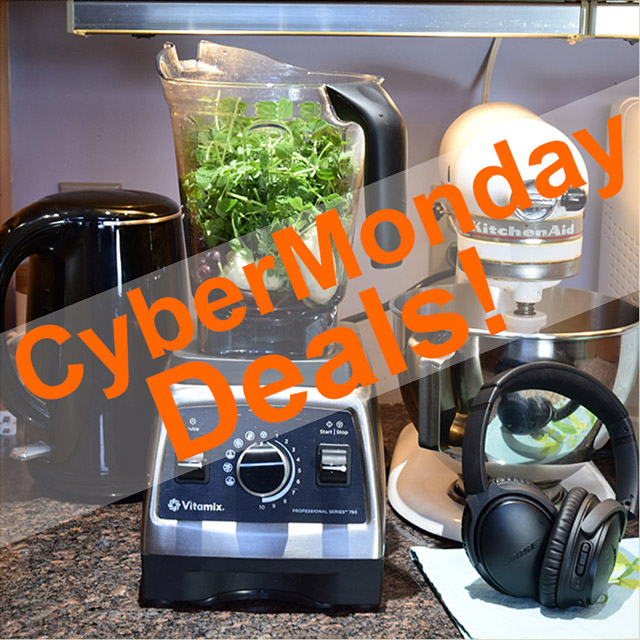 I’ve updated my Black Friday guide for 2017 with Cyber Monday deals. Find out which Instant Pot

is on sale now and more. (Hint: it takes up less space but is still a powerhouse.)  Also check out my new kitchen appliance guide here.

Cyber Monday deals may bring an appliance into your financial reach that will save you thousands of dollars and hundreds of hours next year. So I looked for deals on my recommended appliances to save you time today. Top of the list? Three new deals on kitchen appliances for Cyber Monday 2017.

Notes: I rounded the numbers because I’d rather think about $82 than $81.99. If you buy anything through the links on this page or the guide, you will be supporting Cook for Good at no extra cost to you.

I’m so happy to have a hot sale on my top kitchen electronic to share with you! The Vitamix 5200 Blender is on sale through Cyber Monday. Personally, I’d still probably buy the refurbished Vitamix 5300 Blender (currently $259, save $100), but if you want a shiny new high-speed blender for yourself or to give, this is the time to take the plunge. A high-speed blender is the one kitchen tool on my list that makes food I simply couldn’t otherwise make at home, like this Blueberry Lemon Cashew Cheesecake. I use mine nearly every day, often more than once. 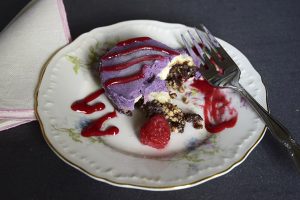 is a quiet and programmable pressure cooker, slow cooker, rice cooker, steamer, skillet, yogurt maker, and warmer. It’s smaller than the 8-quart one that was on sale on Black Friday but has added features, including sterilizing and baking cakes (!!!).

cooks dried beans and stews like a champ. Compared to an Instant Pot, a slow cooker takes up less space and is easier to clean. It costs a lot less but only has one function. This sale is better than the Cyber Monday sale.

My Taster found a sweet deal on the Bose noise-canceling headphones for $179– save your hearing and $120 (40%). Choose Apple or Android/Samsung in the options. These headphones are wired, but they will connect to a phone so you can still dance around in the kitchen.

KitchenAid makes the mother of all stand mixers. Growing up, I saw this as the ultimate sign of a well-equipped kitchen. Now it’s key to whisking aquafaba into egg-free meringues and other fluffy confections. Whipping aquafaba takes between six and fifteen minutes, long enough to make your arm practically fall off if you are using a hand mixer. Great for cake batter, frosting, and even kneading bread dough. I recommend the KitchenAid Classic Plus 4.5 Quart Stand Mixer.

Save six more dollars on the Zo!

I make bread at least twice a week in my Zojirushi bread machine. I save three or four dollars with every loaf, compared to store-bought organic bread. And my house smells great in the morning! The model I got through Craigslist has been discontinued, but an adorable, affordable one is on sale:  the one-pound Home Bakery Mini Breadmaker.