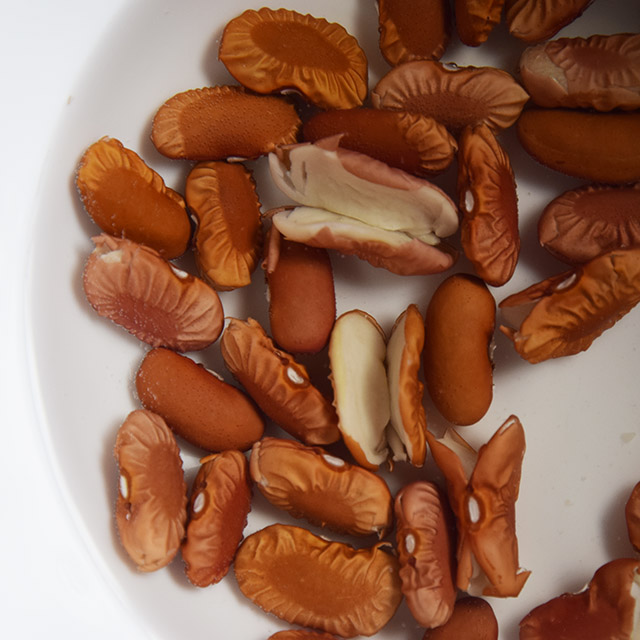 I knew that I needed to take a few easy precautions when cooking dried kidney beans to avoid a rare but serious form of food poisoning. That’s why I freaked out a bit when my latest batch of kidney beans split while they were soaking. Read on to see how to cook kidney beans safely and if split kidney beans are safe.

How to Cook Kidney Beans Safely

The Food and Drug Administration’s Bad Bug Book recommends soaking red kidney beans for at least five hours and then boiling for at least 10 minutes. (That book is only available through the archives now, like so much other useful information on the government websites.) But I did find a study that tested these three ways to destroy the toxic hemagglutinin or lectin in some kidney beans that can lead to food poisoning:

Only eat fully tender, creamy kidney beans. The toxins pack the most punch while the beans are partially cooked. White kidney beans (cannellini) and broad beans have only about one-third the lectin, but that still means fifteen beans can make you very sick.

For the sake of perspective, the problems with kidney beans seem to have been limited to fifty cases in the United Kingdom in the 1970s and 80s. Maybe beans are safer now or maybe people have just learned not to eat raw or under-cooked kidney beans or broad beans. Don’t worry, but let it happen to you.

Kidney Beans that Split while Soaking are Safe

A quick online search showed that I am not alone in having Jekyll and Hyde legumes. None said they were dangerous. Most sources suggested that the beans were too old or dry.  My Taster, who is a mechanical engineer, said it could be because the water enters what looks like a bean’s navel first, the micropyle (small hole) in its hilum.

I felt grouchy about my split kidney beans, because I wanted to take pictures of my Holiday Chili for you and because I wanted to give some of that chili away as gifts. But lo, most of the beans closed their splits during the cooking process. My chili looks fine!

The steps you’d use to cook kidney beans safely are pretty much the same steps you’d use for cooking any dried bean. Cooked dried beans cost much less and taste so much better than canned beans. So save money and eat well by cooking dried kidney beans, split or whole. To learn more, see my Master Recipe: How to Cook Dried Beans.