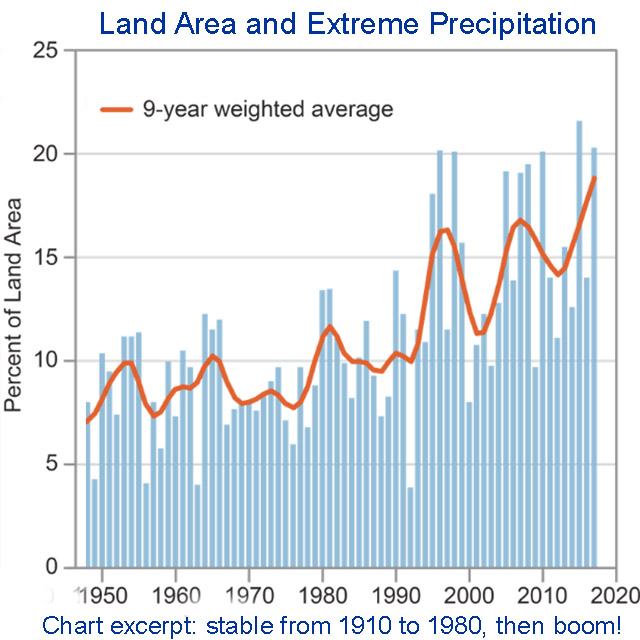 You might have missed the US 4th National Climate Assessment that came out on Black Friday. If you did, it’s not your fault. Black Friday is well known to be the best day to release news you don’t want anyone to notice. But now that the pumpkin pie is gone and your credit card has cooled off, here’s what you need to know.

The Health chapter of the report says climate change will make food more expensive and harder to get. What we will be able to get will be less nutritious because more CO2 in the air means less protein, iron, zinc, and other nutrients in food. It will also be more dangerous, because higher temperatures provide better breeding situations for food pathogens and toxins, such as Salmonella.

For Agriculture and Rural Communities:

The assessment also predicts a lack of water for irrigation, an abundance of pests, and more robust weeds. If that’s not bad enough, look for “loss of synchrony of seasonal phenomena,” with pollinators and plants being too early or late for each other. The result?

Food security, which is already a challenge across the globe, is likely to become an even greater challenge as climate change impacts agriculture. Food security will be further challenged by projected population growth and potential changes in diets as the world seeks to feed a projected 9.8 billion people by 2050.

Extreme weather events will damage soil and crops through flooding, erosion, and leeching (sucking out the nutrients like hot water over a tea bag). Erosion speeds up climate change by releasing carbon and nutrients in the soil.

Agricultural runoff uses up the oxygen in streams, lakes, rivers, and the ocean. Fish, shellfish, and other forms of life suffer or die. This “hypoxia” has increased thirty-fold since 1960.

Farmworkers and their families suffer in the heat and other extreme weather. Folks with allergies may sneeze at the very thought of CO2 levels encouraging ragweed and other plants to put out more pollen.

The report holds out some hope genetically engineer plants that adapt to this hotter world, but says “progress in this area has been modest despite advances in breeding techniques.” Further,

Societal concerns over certain crop breeding technologies likely will continue, but current assessments of genetically engineered crops have shown economic benefits for producers, with no substantial evidence of animal or human health or environmental impacts.

What Can Farmers Do?

Farmers can reduce the risk of many of these problems by choosing crops and varieties suited to new conditions, planting cover crops, using special irrigation techniques, and including weather data in their planning. They can help slow and reverse climate change by using carbon-storing techniques, permaculture, and improved fertilizers. (Cook for Good note: they can also switch from raising animals to raising plants.)

What Does this Mean to Home Cooks? What Should You Do?

Climate change will drive up food costs of all sorts. Prices for meat, fish, dairy, and eggs will go up more than fruits, vegetables, and grains. It’s between three and ten times more efficient to eat plants directly than to run them through animals first. Because extreme conditions will sicken and kill more animals, those multiples are likely to increase.