You are here: Home / Recipe / Core / Better than a Butternut Squash 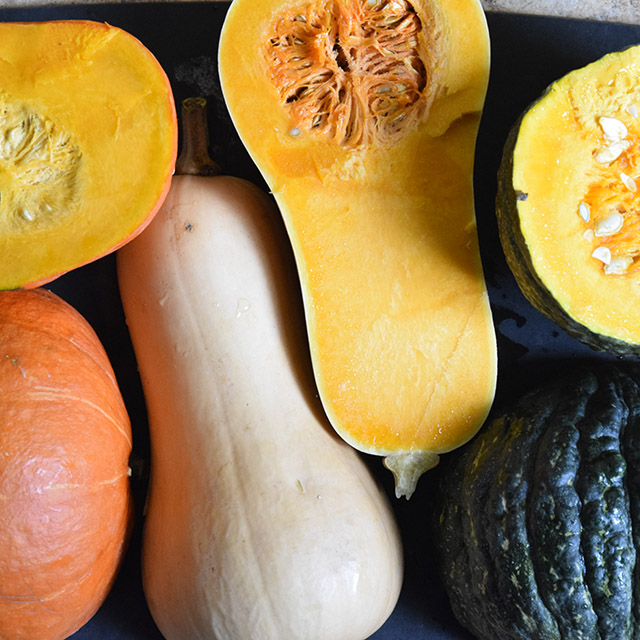 Is there a winter squash that tastes better than my usual favorite, the butternut? Today, I roasted three to find out: a butternut, a kobocha, and a tetsukabuto, aka a green pumpkin. Farmer Beth Haarer of Wild Onion Farms inspired me with her note to her CSA subscribers:

Kabocha squashes are hands down your favorites, but they are frustratingly unproductive plants.  The Tetsukabuto caught my eye at first because my favorite but normally staid and humorless seed house led with “the squash you need for the apocalypse!”  I planted half as many Tetsukabuto plants as Kabocha plants, yet harvested roughly 10 times as many of the Tetsukabuto.  A keeper!

Twenty times the productivity! Wow! In another note, she pointed out that Johnny’s Selected Seeds also said, “Can be used as a rootstock for enhancing vigor and soil disease resistance in melon, watermelon, and cucumber.” 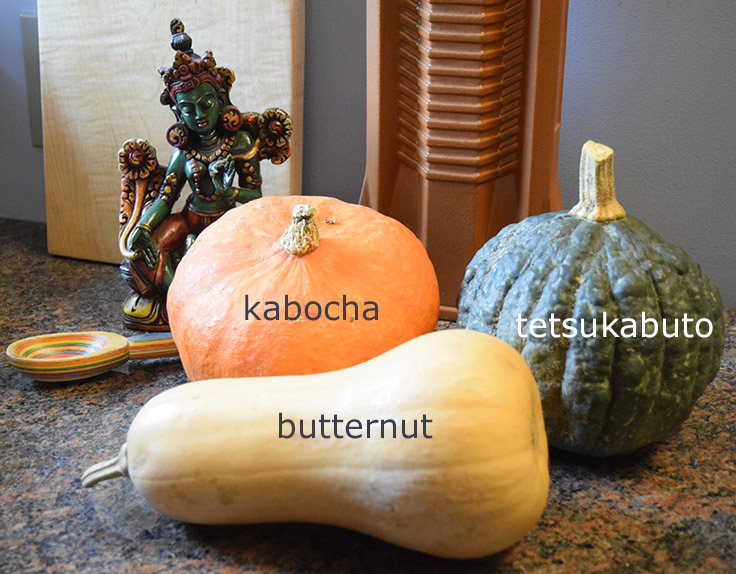 How to Buy a Winter Squash

Look for firm squash with no soft spots or moldy places. Pick a few up so you can choose ones that are relatively heavier. These will have more edible flesh and less space for seeds.

Get extra value from your squash by using it to adorn your table or porch from now through Thanksgiving. For optimal storage, though, keep the squash in a cool, dark, and dry place. Put a dish or layer of newspapers under each squash in case it goes soft. (I put learned this the hard way.)  The winter squash shown here for keep for two to three months, maybe longer for the zombie-ready tetsukabuto.

For the taste test, I used two roasting methods from Perfect Vegetables by the editors of Cook’s Illustrated Magazine.

Which Squash is Better than a Butternut? 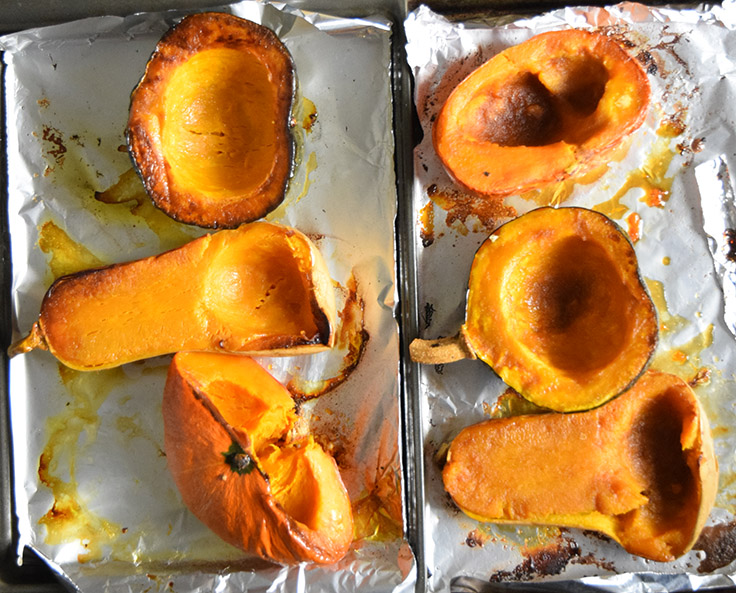 Is Winter Squash Better Plain or with Maple-Soy-Ginger Sauce?

Go for the sauce! All three squash tasted much better with the sauce. (In the picture above, the three halves with the sauce are on the right.)  Adding salt helped, but the sweet and savory mix really brought out the squash flavor. I also like squash baked with vegan butter, brown sugar, and cinnamon.

Do you have a favorite winter squash or way to prepare them? Log in and share in the comments below!