You are here: Home / Aquafaba 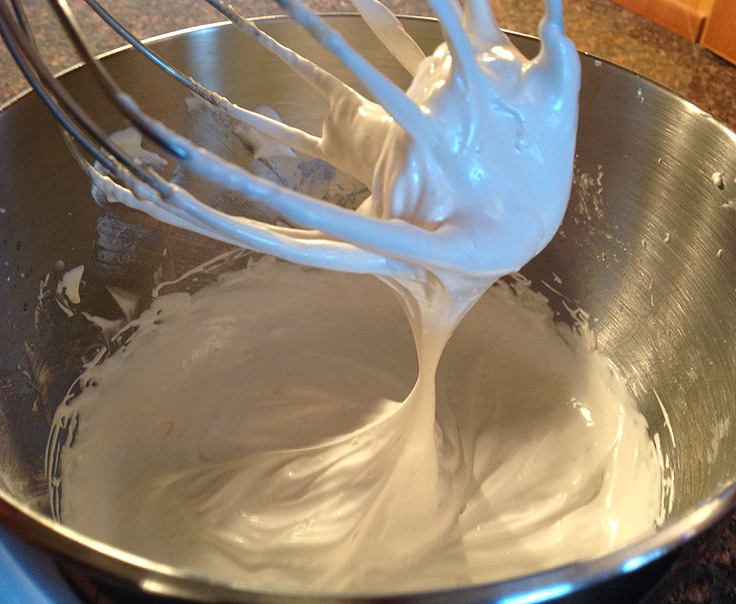 Aquafaba is a free egg replacer that you get by saving the broth or brine from cooking chickpeas, black beans, or some other legumes. The name aquafaba means “water from beans.”

Aquafaba is the perfect Cook for Good ingredient. It’s just humble bean broth that you would ordinarily pour down the drain, but it has the power to make many recipes healthier and thriftier. Aquafaba may be a cause for jubilation for people who are allergic to eggs, lactose intolerant, on a low-fat or low-cholesterol diet, or avoiding animal products.

Learn How to Cook with Aquafaba (with video)

This video is from my How to Go Vegan Retreat.

Cook for Good supporters will find a recipe for Chocolate Aquafaba Mousse in the Supporters’ Recipe Library. Donate now for access.

Where Did Aquafaba Come From?

In February 2015, software engineer Goose Wohlt discovered that plain-old chickpea broth could be whipped up into a stable vegan meringue. He built on discoveries by Miyoko Schinner, a food blogger from Japan, and Joël Roessel, a tenor from France.

Since then, cooks all over the world have collaborated on new ways to use this marvelous liquid. It’s sort of like our Large Hadron Collider Project: a huge, international research project for good. I loved discovering that aquafaba works better than milk in chocolate frosting. Get involved by following the official aquafaba Facebook page: Aquafaba (Vegan Meringue – Hits and Misses). Please read the rules and search for answers to common questions before posting. If you don’t use Facebook, check out the official Aquafaba website.